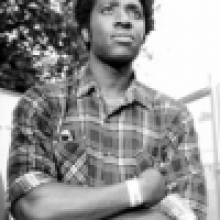 A solo project of London, UK, singer-songwriter Kele Okereke (of Bloc Party). His début single, Tenderoni, was released on 14 June 2010. The Boxer album (released 21 June 2010, on Wichita, plus Polydor in UK & Glassnote in US), was produced mainly in New York with XXXchange (known for his work in the hip-hop group Spank Rock). Okereke sees the 'Kele' brand as a way for him to embrace his interest in dance music. "I've been into clubbing for years.