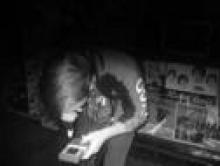 Tom Gilmore, aka Ten Thousand Free Men & Their Families, or '10k', is a chipmusic/chipunk artist from Sydney, Australia. Tom has said that he has made many tracks since the early 2007 formation of '10k', but he has released very few and is now embarressed by a lot of the early material he had online! The '10k' discography to date is not extensive, but Tom has stated that there is much more to come. However, it will come with less haste and more thought put into the production and quality of the songs themselves.