Amadou and Mariam are a musical duo from Mali, composed of the couple Mariam Doumbia (vocals) (born in Mali's capital Bamako 15 April 1958) and Amadou Bagayoko (guitar and vocals) (born in Bamako 24 October 1954). The pair, known as "the blind couple from Mali" met at Mali's Institute for the Young Blind, and found they shared an interest in music. The duo produces music that mixes traditional Mali sound with rock guitars, Syrian violins, Cuban trumpets, Egyptian ney, Colombian trombones, Indian tablas and Dogon percussion. 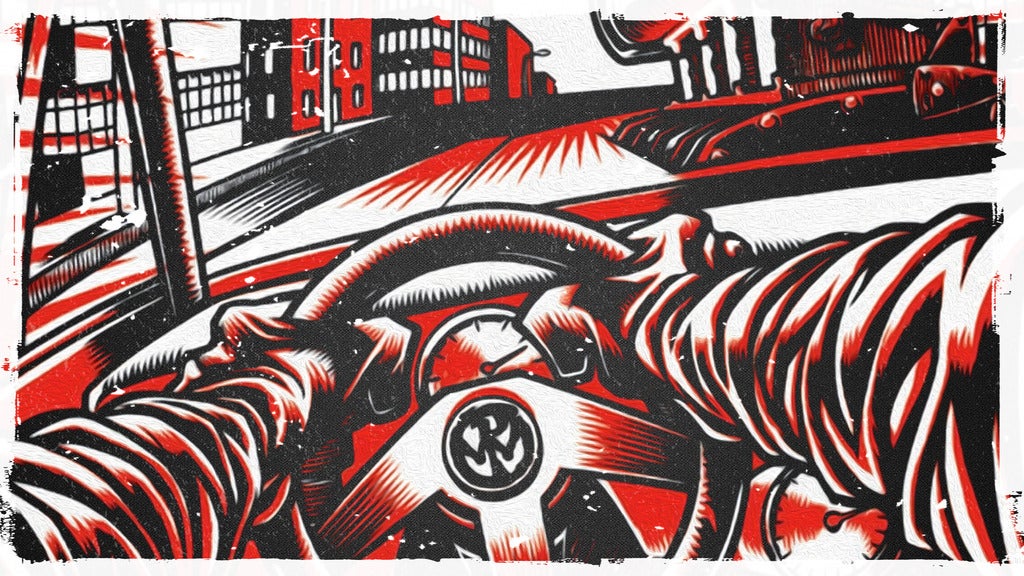 The group signed to Epitaph Records in 1990 and released their first album Pennywise (1991). The album quickly spread throughout the punk community, earning the band some nation-wide recognition. Lyrics in the album endorsed a positive mental attitude, helping promote progressive ideals for Generation X. Lindberg left the band soon after the debut record. Bass player Randy Bradbury joined the lineup as Thirsk took over lead vocal duties. In 1992, The Vandals lead singer Dave Quackenbush took over on vocals for a brief stint. Bradbury left the band and Thirsk returned to bass.

Lindberg got married and returned to the group in 1992 in time for their second album Unknown Road (1993), an underground hit that established the band as a force in punk music. By 1995, punk bands The Offspring and Rancid hit the mainstream and Pennywise refused invitations to join several major labels. About Time (1995) was another indie hit.

In 1996, Pennywise began recording their fourth album. Thirsk left the band in an attempt to conquer alcoholism. He was successful but relapsed and died from a self-inflicted gunshot wound to the chest on July 29, 1996.

Home Movies, the band's only video, was re-released on DVD for the first time in 2004. The video was originally released in 1995 and had been out of print since 1997. More footage of Pennywise can be seen on 45 Revolutions: A Slice of XVI St. Life, XVI St. being the place where Jason and Fletcher hung out in Hermosa Beach.

The band's eighth album, The Fuse, was released in Europe on June 27 and in North America on August 9, 2005. The band's Australian tour was cancelled leading to breakup rumors, which Lindberg denied. Also that year, digitally-remastered versions of the first four studio albums were released.

Pennywise recently recorded a cover of Sick of It All's "My Life" for the band's tribute album Our Impact Will Be Felt.

The band returned to the studio in 2007 to begin work on their ninth album, Reason to Believe, which was released on March 25, 2008. In addition the album would be for sale in stores through MySpace Records in the United States and Epitaph in Europe.

After 19 years with Pennywise, Jim Lindberg has decided to step down as lead singer.
The new singer is Zoli TÃ©glÃ¡s (hungarian), the front man of hardcore band Ignite.

For more information, go to: www.pennywisdom.com

Since forming in 2000, Mikelangelo And The Black Sea Gentlemen have been gathering accolades for their superlative, part fairy-tale, part cabaret, part cautionary huckstering live performance. Playing a number of festivals worldwide – including the Edinburgh Fringe Festival – they’ve honed their approach and reeled in punters with an ear for the more curiously strait-laced (in a completely Victorian, bodices-and-waistcoats kind of way) side of the gypsy-folk spectrum

Having taken their wares across the vast span of North America, New Zealand and Australia Daysend have fused an array of musical genres to create a hard edged yet melodic metal sound. The explosive Sydney five piece rocketed into existence in 2003 with all the passion and determination that has propelled them to the very top of their country's heavy music scene. Later that year the band released their debut album, 'Severance' which was voted by listeners of high rating radio station Triple J as Number One Australian Metal Album of that same year.

One of the best-received albums of 2008 was the debut from Parisien DJ and songwriter, Mademoiselle Caro (key resident DJ at the legendary Rex Club in Paris for over 8 years), and her Perpignan-based collaborator, Franck Garcia. Brimming with a uniquely downbeat yet defiant sound that seemed to have one foot in modern-day tech-savvy Berlin and one in vintage indie austerity, 'Pain Disappears' was hailed by publications as diverse as The Times ('a modern classic'), Clash ('a melodic, melancholic masterpiece') and DJ Mag ('stunning emotive electro-pop').

Azari & III are Toronto producers Christian Farley, aka Dinamo Azari, and Alphonse Lanza, aka Alixander II, from Toronto, Canada, with feature vocals by Fritz Helder and Cedric Gasiada. The single ‘Hungry for the Power’ was first released in 2009 through I'm A Cliché (France) followed by 'Reckless (With Your Love)' on Permanent Vacation (Germany) on the same year.
The next single ‘Into the Night’ was remixed by Prince Language, CFCF and Nicolas Jaar towards the end of 2010 for the Scion A/V Remix series for the US label Scion Audio Visual.

Inspired by the remnants of the post punk/electronic/noise scene of the 80's, and coinciding with the rise of "techno" and rave culture in the early 90’s, Itch-E & Scratch-E were born. During the years that followed Itch-E & Scratch-E, aka Andy Rantzen and Paul Mac, were at the forefront of a movement quickly gathering momentum. When The Boiler Room was added to the Big Day Out, Itch-E & Scratch-E were there, preaching their beats to the ravers, but importantly, also to the rock kids in Nirvana T-shirts. A cross-pollination had begun.

Influenced by the likes of Etta James, Nick Cave, Portishead and The Beatles, Kira Puru & The Bruise are a blues quartet hailing from Newcastle, Australia. Leading lady Kira Puru, was one of the winners of Triple J radio's 2012 APRA/AMCOS Song Summit competition